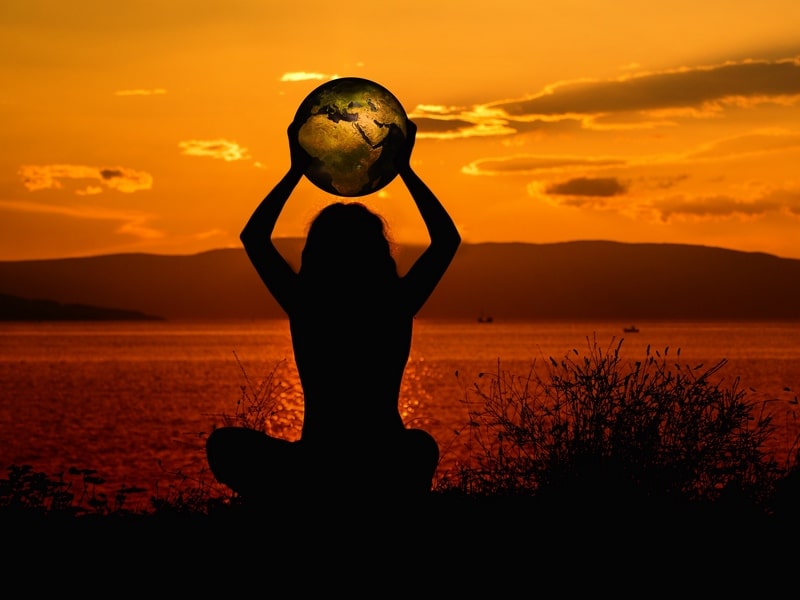 A karmic knot shows a strong relationship between two or more people whose souls from previous incarnations are linked by mutual claims, unfulfilled duties and the burden of negative actions (or sins). Such combinations can extend over several incarnations over centuries. When people don’t want to change, don’t solve problems and accumulate injuries, the knot grows and becomes stronger.

The Sabian symbol of the stage where the eclipse ends has the following meaning. The mermaid emerged from the ocean, ready to be born in human form. Key note: a state in which intense emotional intuition arising from the unconscious takes the form of conscious thoughts.

Keyword: Desire in conscious form and permanent existence. Interpretation: Every creative person knows this situation – inspiration flows around him, like a vision of blurred contours, like an unplanned thought – can he capture it and do it, or can he return to some shapeless emptiness?

The presence of such knots gives a strong dependence of 2 or more people, they are forced to endure each other, as determined by the Higher Forces (karma). Love triangles can be the result of “karma knots” in past wrongdoings.

Karmic situations are insurmountable circumstances that people cannot solve but want to change. In such a case, people are forced to live together continuously or meet in every incarnation until they pay their debts (material or spiritual), they are not free from all accumulated negative emotions.

This great evolutionary seduction, which can be felt here, is a mixture of mood and anxiety. How to connect this energy line? In the eclipse horoscope the eclipse returns to Central Europe in Fish, and Neptune, the ruler of Fish, is right on the ascendant.

The emphasis is on closing old cases and literally forgiving and separating. This should not be a forced procedure, but rather a change in internal relations. This initiative may take the form of a mass action motivated by the desire to get rid of old, dysfunctional views, which instead of helping us move forward, connect us with “old friends” with whom we are united by fear and a sense of moral duty.

Higher forces or karma continually repair all our negative and good deeds. As the negative accumulates, an invisible thread first appears, and if hostility and demands persist, the knot is bound. It can melt or grow, this knot will have a bad effect on teamwork, relationships with people, and problems will arise until each participant reveals his or her guilt, whether forgiving, humbling himself or distributing debts at any level.

How to define a karmic node of communication with a person

A knot exists with someone if..:

The question is, when do we cultivate “honest” hatred, how can we help? It doesn’t help anymore, it just destroys health, but keeps us with them in the clinic. Their despair is so great that they don’t even feel jokes in the media. But some claim that we do not allow them to avoid justice?

Should we forgive them for their filthiness and cruelty? We are not doing anything in this situation. But when we free ourselves from them, they will be deprived of energy and, finally, of the right to act and react.

If we kept them in our emotions and minds, Providence could not be applied, and that also prevented us from moving forward. That’s why we’re kept in the notorious shit of our shirt, and their lies in the media don’t care about their goblins as much as they can!

If you have a person who unconsciously causes such emotions, you can talk about it with confidence about the presence of a karmic knot with him.

How to solve and remove a karmic node?

If you find a knot with a human, it will be very difficult to break it, especially if several people are connected, for example birth programs. I remember a case when a mother was very worried about her son. In their family, all men aged 38 years died in different ways for 4 generations. The panic of wives, grandmothers and sisters was so strong that it provoked the situation even more.

Several diagnostic methods for suspicious karmic nodes include clairvoyant or enlightened healer or reincarnation therapy. For believers only rituals in temples.

There are many schools where they help to communicate with their subconscious to see or learn about problems. It can be an undiagnosed illness, a hidden insult …

That’s why there are so many books, seminars, etc. So that people can understand why they are doing and what they are doing, just what is happening. Fate will be largely overcome, not entirely, because the date of birth will not be accepted or changed by us.

However, thanks to a positive approach to life and to each other, thanks to the knowledge of spiritual laws and karma laws, obstacles on the path of fate are minimized and gifts of fate maximized. For example, you have a car accident. If you crash a car, scratch a car, kill, hurt, or simply scream, this is already happening through the processing of karma and your life now and here.

How to unleash karmic nodes

The result of the presence of unresolved problems in your karma, i.e. knots, the achievement of tasks becomes impossible, your desires simply cease to be fulfilled or you have to go to them through hard trials. And that’s what you don’t have to be afraid of – it’s through their passage that you can solve some of your old knots, or even some of them.

If your fate is not burdened with particularly malicious fatherly or already acquired karma, the knots can be disbanded, but you have to meet two conditions. You really want this and start working on yourself consciously.