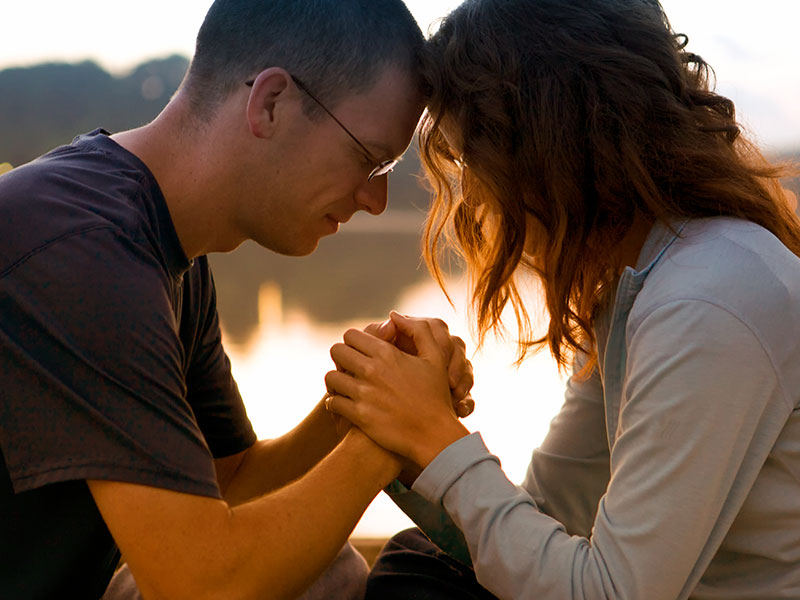 Where do weak relationships come from?

Sometimes life is perverse in a satisfying way

In such stories, an unreasonably inflated ego breaks like a pierced balloon. This is the case, for example, with a guy who has been seeing a girl. During his studies he worked as a waiter, and she broke up with him, explaining that she couldn’t be with someone who had such a hopeless job.

After a few years he was a manager, and she took part in the recruitment for the position of… waitress. It’s a simple and common story, but you have to admit that there is some justice in it, right?

Sometimes life is also perverse in a disappointing way.

This is what happens in relationships. Since sitting on the same bench with a girl is no longer a punishment, we imagine ourselves in cool, rock’n’roll relationships. We enter it when we see ourselves in the scenes from films in which people fight for each other, have time for each other, talk, do not collect trauma and always say the right sentences at the right time.

And then we have to live in the real world, where things can fall apart like accidentally hitting dominoes. In it, relationships are rarely a reflection of our ideas. Rather, they are a caricatured reflection from the office of mirrors.

If we think about it in such a way, it is one of the greatest riddles of humanity. Why? Because we all want happiness, support and sex for ourselves with the use of a table top in the kitchen, and we end up in relationships that are everything, but not what they were supposed to be.

What influence does it have?

I hear the first pancake always has to be thrown away. To be honest, I don’t know much about pancakes, but I’m pretty good at mastering different competencies and this sentence fits them well.

Before you learn anything, you will make mistakes. That’s just the way it is. It’s about painting, making movies, playing ping-pong and growing orchids.

It’s no different with relationships that are backed by biochemical machinery, but also with solid skills that no one is born with. Some of them can be taken out of family homes. You have to learn others yourself. However, it always requires effort, learning and effort from us.

And there would be nothing wrong with that, if not for the fact that many people do not give themselves a chance to do so. Surrounded by people who think that it is necessary to enter into relationships at the earliest possible time, they load up relationships that they do not want, are not ready for them and feel bad in which they feel bad, and what’s more, but it sounds more like a recipe for disaster than success.

There are people who only have loud noises in their heads: “Wow! Sometimes they are replaced by the phrase: “God! Oh, don’t do that! There are also situations between these two states when you think: “Okay, we can try. It will be fun for a while. It’s not permanent.

And yes, such relationships are rarely permanent, but they are also rarely permanent. Most often they are between – they drag on for years, bland and not seasoned, but safe and secure. Bad enough to take away a few big points from life satisfaction, but good enough to repeat the mantra: “It’s not bad, is it?

Unfortunately, nobody told us that just like repairs with the use of tape are extremely durable, other elements of our lives show such a tendency, and the number of free slots is so limited that we have to choose more carefully what we fill them with.

It’s sad that fools are so confident, and people are so wise, so full of doubt. It is perfectly visible in relations. By entering into them, we do not make a choice from the whole pool of potential partners, but from a very limited group of those to whom we have access.

It is based on some men who have noticed that sex is a matter of statistics. If you approach a large enough number of women you will never have an empty bed. And it doesn’t matter how long you treat the other person or what you actually represent.

So if women ask themselves questions from the cycle: “Why do I always get into assholes?”, then one of the answers is that they choose partners only from those who are the easiest to access – they seek them, but they either don’t want to create a successful relationship or can’t do it.

These are the equivalents of thrilling advertisements for exceptionally weak products, which are bought only because they are on the best shelf.

Let’s make an assumption. You are an ambitious, educated person, you earn at least the national average, you go to the gym and take care of yourself in various aspects. You are not perfect, but you are working on yourself. Do you have this image in your head? Now look around the world. How about it? Are there many such people? Of course, a lot, but a lot.

And it’s not about trusting each other at all. I am not talking about trust in another person. It is about trust in the world, because by continuing to compare it to a flea market, you have to believe that it is possible to find not only defective and unnecessary objects, but also pearls.

That there is someone there who will want you and not you in the premium version, cleaned from flaws and bugs. Someone who will laugh at the same jokes. Someone for whom your quirks will be cute. Someone who will tell you what he was like, when he was still a chubby kid and what he’s afraid of now. Someone who will be sincerely proud of your successes and efforts.

To come across such a person, you need to know that quality is governed by completely different rules than quantity and understand that even if someone found such a pearl right away, it is not a rule, because what is good usually requires time.

Without such an attitude you will either come out empty-handed or end up compromising with yourself, and compromise is never synonymous with the word “win”. Much more often it means only failure.

There is a saying that money on the stock market goes from active to patient people. The same applies to relationships. Ultimately, the winners are not those who tie quickly, but those who can wait longer for a good person.